So I review many gaming headsets but few that offer as many wireless options by comparison. HAMSWAN had sent us over their 2.4ghz Wireless Gaming headset which was compatible with the PC, Xbox One, PlayStation 4 and just about anything you can think of thanks to the base controller which can plug in via USB and also accepting an optical audio input, and the headset itself supporting 3.5mm input jack that it could support controllers or mobile devices if the base set couldn’t plug into anything. 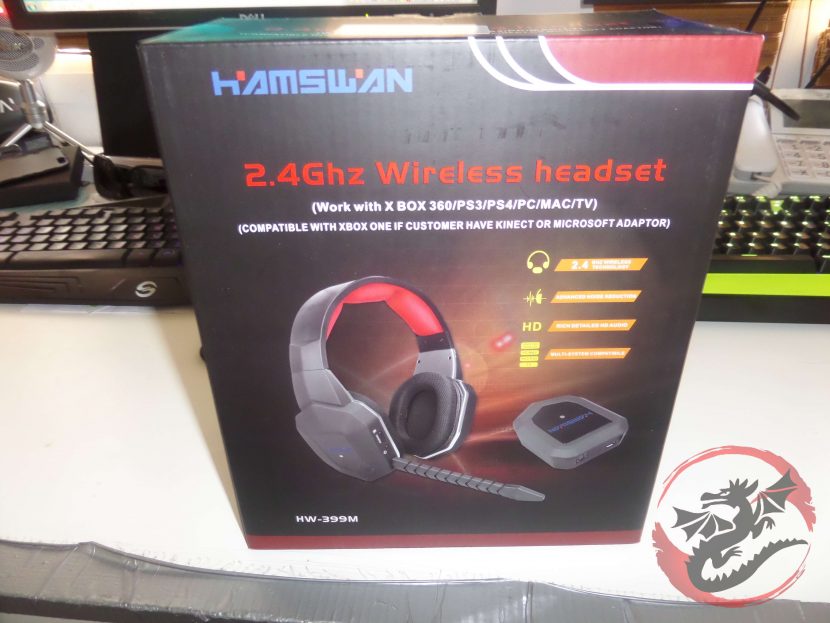 When you unbox the headset from HAMSWAN you will notice it comes with a variety of cables and cords to use it for just about any system.  The microphone is flexible and detachable from the headset itself. 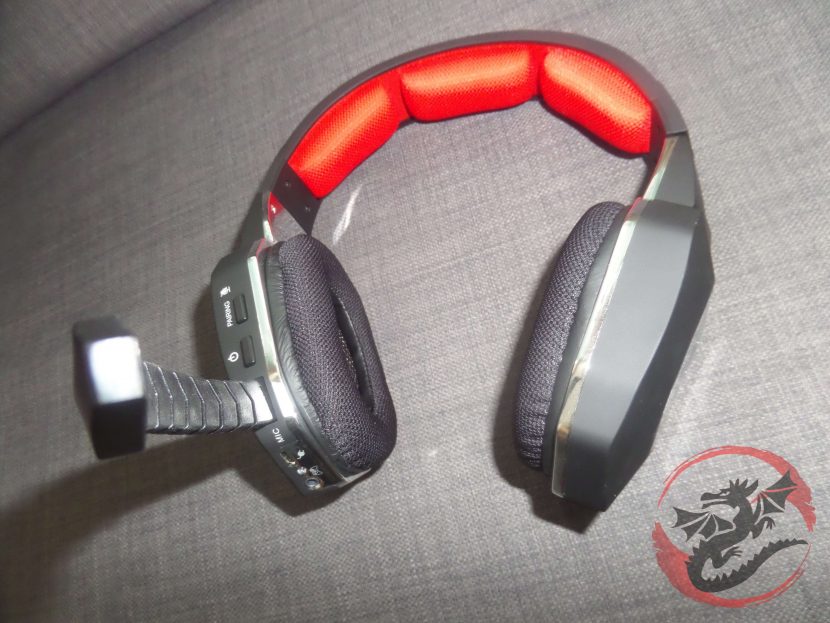 The headset pairs instantly with the controller base, and when I plugged the base into my PC via USB I didn’t even have to press the pairing button. 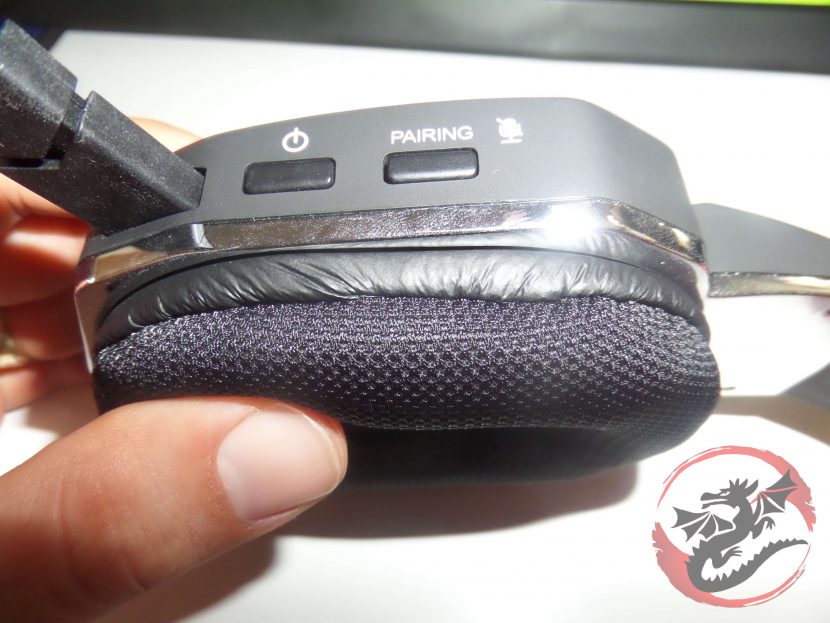 On the headset itself you will also see next to the mic the microUSB port for charging the wireless headset and the 3.5mm audio input jack to make it work with certain consoles and mobile devices where you can’t use the USB based base station.  So it is only wireless if you have a device that takes USB input to use the base, for other devices it has to tether with the audio input jack. 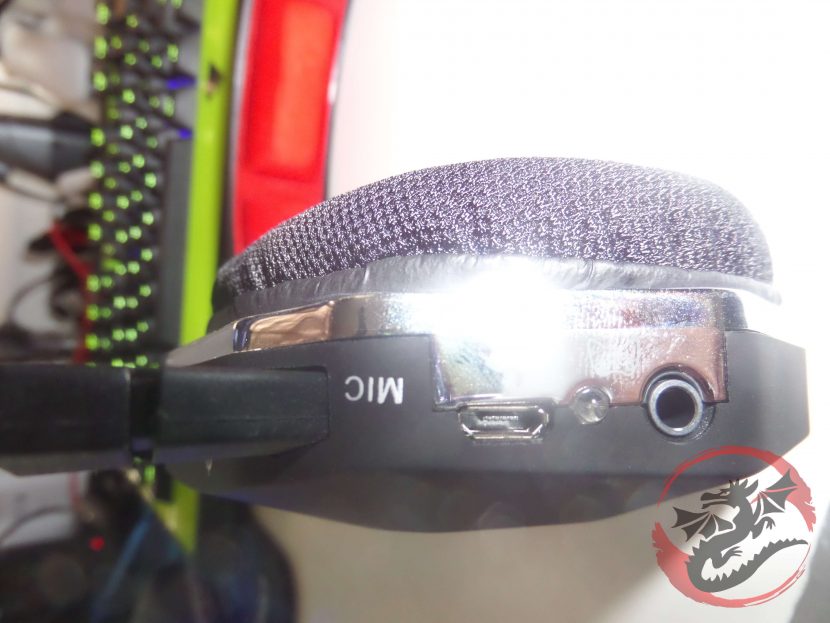 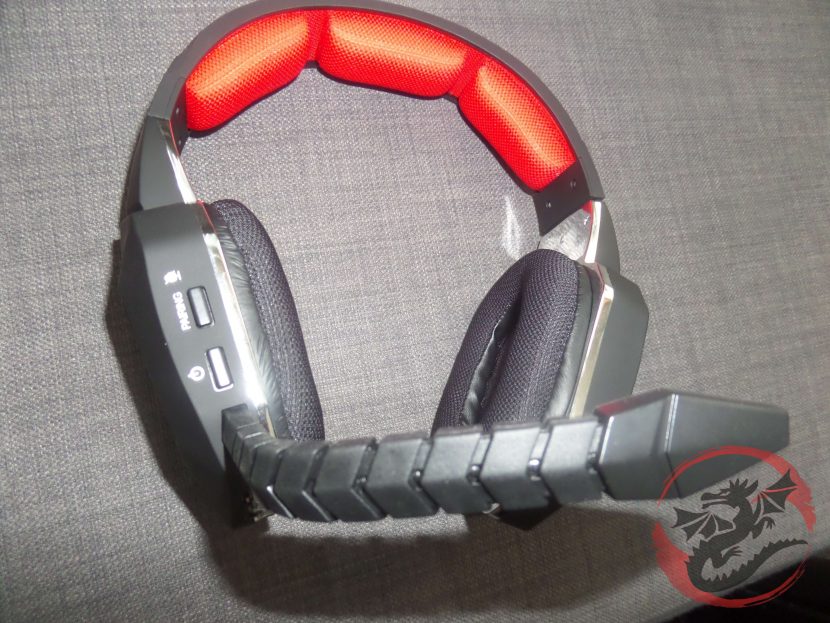 One thing I wanted to point out about the headset is that though the top of the headband is flexible, it is rigid and has less give than some of the headsets that have an inner stretch band and outer harder band.  It worked fine stretching over hat and on various heads I tested on in this household but I would have a little bit of concern around durability or stretching over people with large heads. 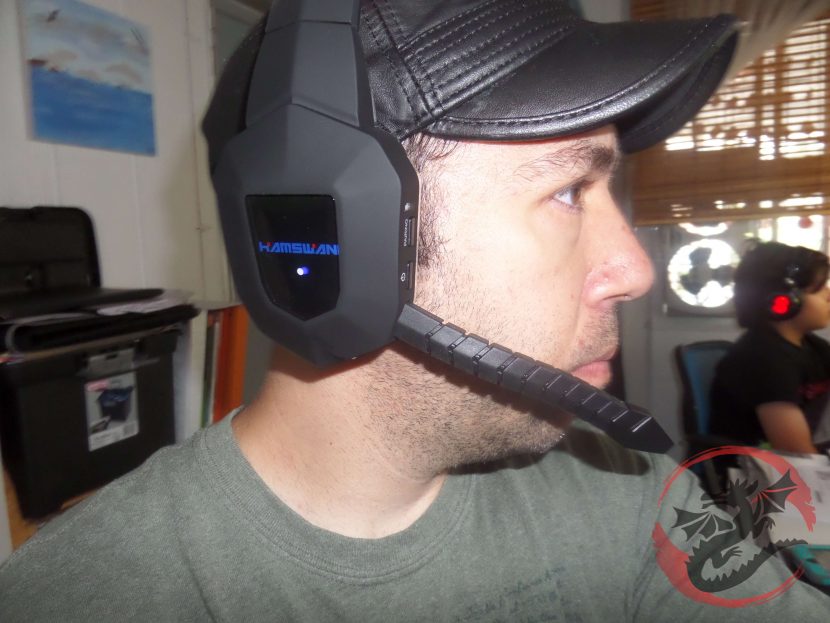 I also found the material for the ear cups to be a bit irritating, it isn’t super soft and has kind of a fishnet-like feel when placed over the ears.  I found this irritating over time and the ear cushions are not the most comfortable on headsets that I have reviewed. 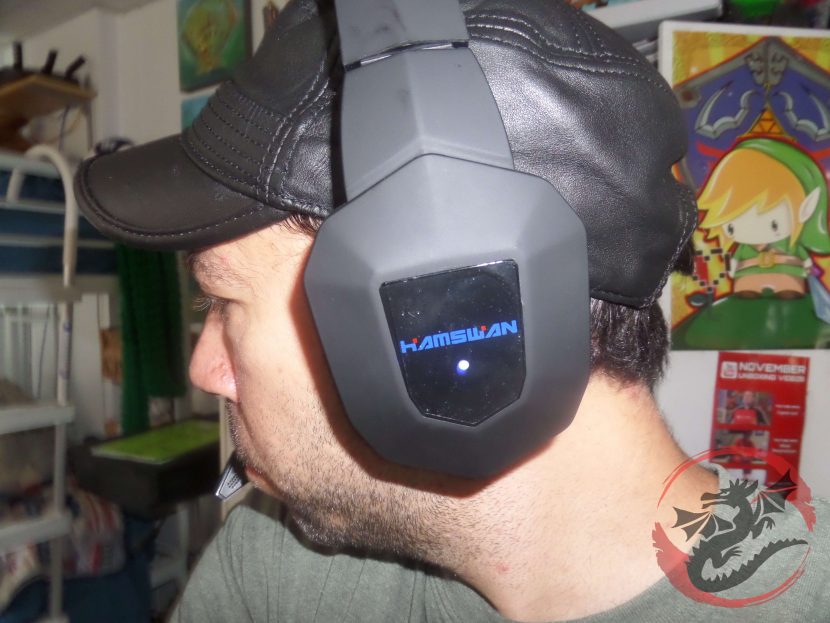 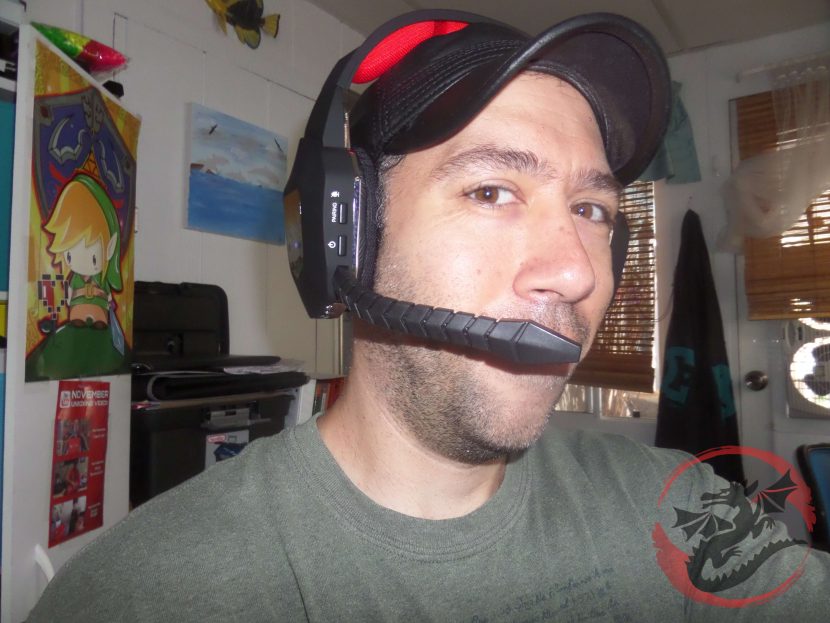 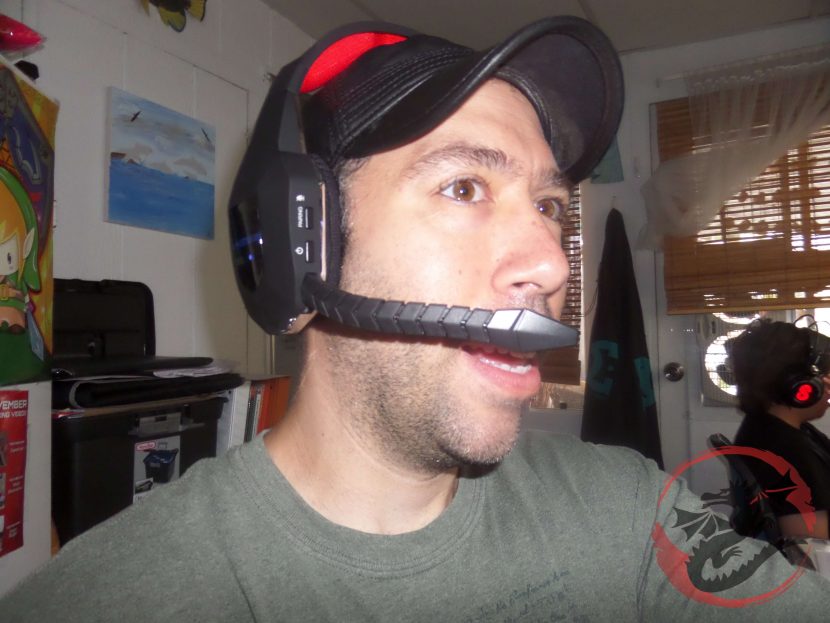 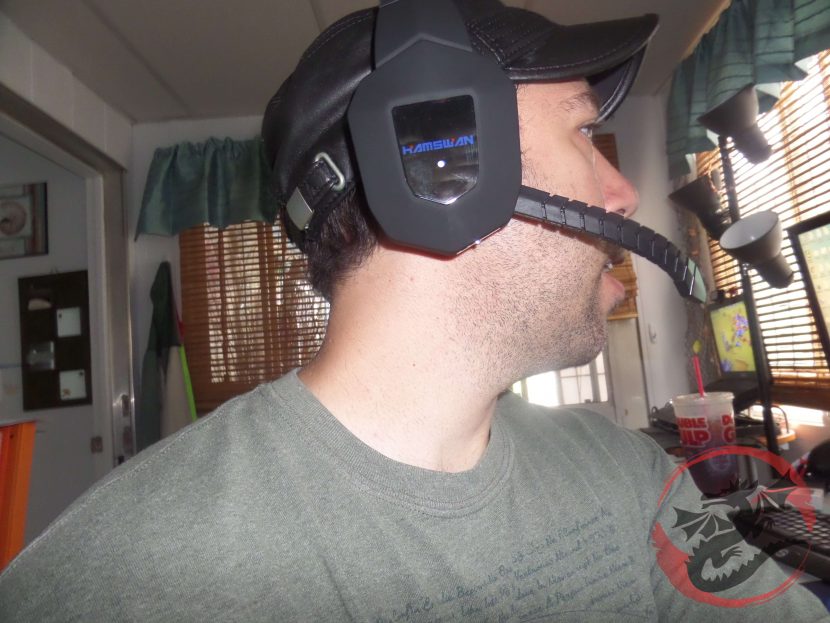 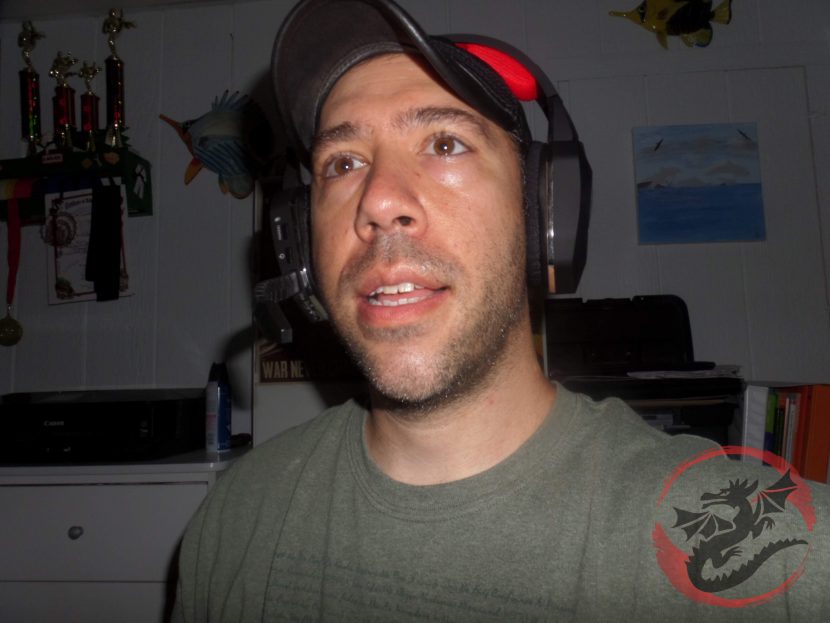 Functionally I loved the freedom to be wire free, and using the headset with the PS4 and PC allowed me to move around a lot more and was nice.  The sound, music and range on the HAMSWAN 2.4Ghz Wireless Gaming Headset was also decent but not as good as headsets costing the same price that are wired USB headsets in some cases.  The problem I mostly had was with the microphone sound volume, on every device I tested including PC with mic boost maxed out and no matter which audio recording software the headset volume on the mic was very low during stream tests.  On the PS4 the mic volume was also a problem and you don’t have any options to even try and boost the mic output volume, with the output volume of mic lower than my in game music and sound effects making it very hard to hear you talking.

Thinking it was a problem with the headset HAMSWAN had sent me a 2nd replacement headset to see if it was an isolated incident and I had the exact same behavior with the 2nd headset, so while the headset works and sound quality is fine, the microphone volume was lower than I would have wanted.  It works and is passable but I would probably rate the mic at a 2/5 and the audio quality a 3/5 with the quality and comfort of the earcups being a 3/5.  The price of the headset being nearly $60 make it one that I can’t really recommend and I think it is better to go wired and get a higher quality gaming headset with a mic than to go wireless.  Though if you go wireless this headset is cheaper than many other wireless headsets that are not Bluetooth headsets and compatible with most devices.

Here is a mic test with the 1st Hamswan Wireless Headset

Here is a mic test with the 2nd Hamswan Wireless Headset